Home Environment A day out on the canal in London
EnvironmentLiving

A day out on the canal in London

Sifting through our pile of Sainsbury’s coupons, as one does in these credit crunched times, I discovered that we were entitled to free entry at an intriguing sounding museum, the London Canal Museum and took the slightly mad decision to cycle there with the kids. We live just by Regent’s Canal in Stepney and the Museum claimed to be ‘easily accessibly’ by bike. We piled the kids into our boxbike (a Christania tricycle, popular with Danish drug dealers apparently), my husband got on his bike and we set off. Of course, it started to rain but morale was good until we got to Hackney (it’s a fantastic route, part graffiti-strewn wilderness and part parkland until you get to Victoria Park at which point it gets distinctly posher). I wanted to stop at Broadway Market for a morale-improving lunch but my other half wanted to press on. We were on the point of having a lunch-related argument in Shoreditch when I spotted a restaurant on the waterside with a sign saying Acorn House. I’d read about Acorn House as a fantastic environmentally friendly restaurant with organic food so insisted we try it out: in fact, when we got into the restaurant we realised it wasn’t Acorn House but its new relative, called
Water House.

The staff didn’t raise an eyebrow as we traipsed muddily in – it’s a lovely, airy space with a great view of the canal. White Ant chairs, Bob and Roberta Smith artworks on the walls: it’s very stylish and presumably environmentally friendly to the nth degree like Acorn House, although it wasn’t obvious – the building just felt very state of the art. The waiter said there was no kids menu but was charming and offered the boys a plate of plain spaghetti with cheese which went down well. Meanwhile, we had some great antipasti (fish rillettes, beetroot salad and some cured ham) followed by bruschetta with mushrooms and mozzarella for me and speck for him. All very delicious, fresh-tasting and beautifully presented without being fussy. This all felt like a very self-indulgent and wonderful way to be eco-friendly, and although it was not cheap was definitely worth every penny. 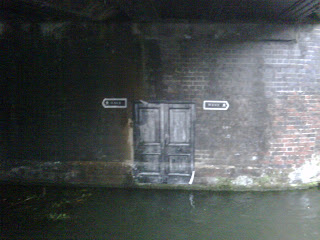 Feeling a lot better we ventured out into the driving rain and found ourselves quite lost in Islington as we tried to follow the small blue dots that marked the “Regent’s Canal bypass” (basically the towpath becomes inaccessible by bike and you have to plunge back onto the roads). Cycle paths are infuriatingly badly marked in London and this was no exception, but eventually we found ourselves at our destination, the London Canal Museum. This is the only museum devoted to the history of London’s canals and also the only one that is also dedicated to the history of ice-cream, as it is housed in a nineteenth ice-cream factory (including ice wells in the floor). We’d passed lots of prettily painted narrowboats and some barges on our journey and the Museum’s great attraction is its canal boat which the kids were able to scramble about in and explore. I’ve always loved the interior of boats with their little fold down tables and this one had a fold-down cabin bed as well. 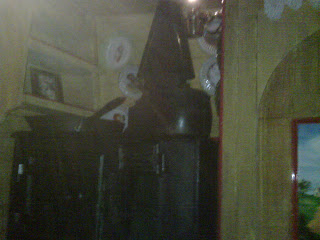 There was also a charming old bike which was used to deliver ice-creams before the days of the ubiquitious ice cream van. It’s a great little museum run by volunteers and lots of local community groups use and enjoy the Museum’s working (ie floating!) narrowboats – and it’s also won a Green Tourism London bronze award, so do visit it. All in all, we did a 12 mile round trip and had the weather been better, this would have been a perfect day out. Our son is keen on birds and we saw coot chicks, a heron and a cormorant as well as Canada geese on our journey: not something you can often say in London. 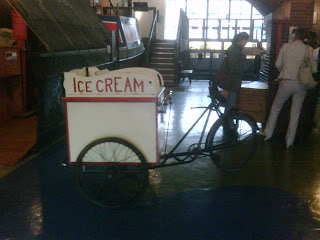 I scream for icecream

Tabitha Potts is a published writer with several short stories in print anthologies as well as online. Recently she had stories long-listed for the Royal Academy Pindrop Award and the Sunderland Short Story Award, one was a Finalist in MIROnline’s Folk Tale Festival and one was Highly Commended in MIROnline’s Booker Prize Competition. She recently completed an MA in Creative Writing at Birkbeck with a Merit and has a First in English Language and Literature from Oxford University. She runs Story Radio, a short story podcast, in her spare time (www.storyradio.org) and works as Head of Marketing for a publishing firm, Globe Law and Business.

Does being green need to mean being cool?

Finally, Spring is on its way

Time for the whole family to turn green